John Updike once wrote that “excellence in the great things is built upon excellence in the small,” and the observation holds up ideally when we think about Michelangelo’s numerous great achievements — Pietà, David, The Last Judgment, St. Peter’s Basilica — in comparison to this humble yet striking rundown of ingredients for a meal, of the same basic kind each of us scrawl out regularly. But when Michelangelo scrawled, he scrawled with both a craftsman’s practical precision and an artist’s evocative flair. “Because the servant he was sending to market was illiterate,” writes the Oregonian‘s Steve Duin in a review of a Seattle Art Museum show, “Michelangelo illustrated the shopping lists — a herring, tortelli, two fennel soups, four anchovies and ‘a small quarter of a rough wine’ — with rushed (and all the more exquisite for it) caricatures in pen and ink.” As we can see, the true Renaissance Man didn’t just pursue a variety of interests, but applied his mastery equally to tasks exceptional and mundane. Which, of course, renders the mundane exceptional. 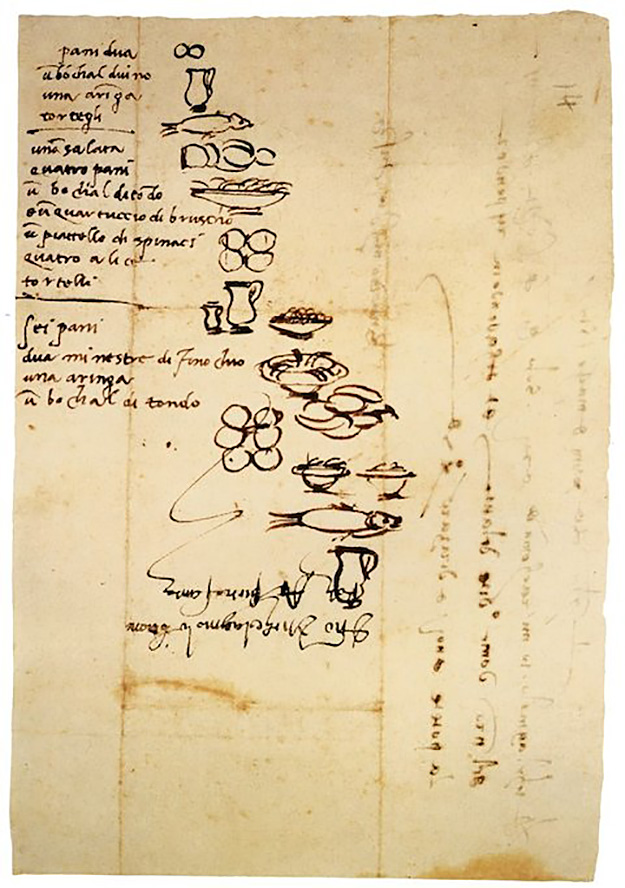